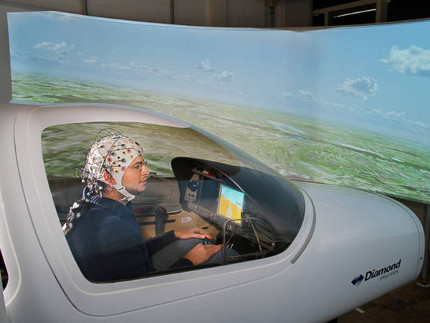 Scientists from the Institute for Flight System Dynamics at Technical University of Munich (TUM), Germany demonstrated the feasibility of flying a brain-controlled aircraft.

The two policies, the space Innovation and Growth Strategy (IGS) action plan 2014-2030 and the national space security policy (NSSP) have been framed to achieve a £40bn UK space industry by 2030.

UK Minister for Universities and Science David Willetts said the space sector continues to thrive, and is one of the eight technologies with the potential to boost UK growth. 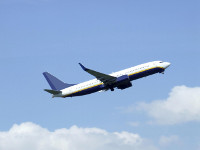 The move comes in the wake of the recent disappearance of Malaysia Airlines flight MH370 with 239 people on board that is believed to have crashed in a remote part of the southern Indian Ocean.

However, the agency has not set binding solution or time frame for when those standards would go into effect.

British carrier easyJet partnered with Bristol Robotics Laboratory (BRL), a collaboration between the University of Bristol and the University of the West of England (UWE Bristol), to use drones to inspect its fleet of 220 Airbus jets.

With the help of new technology, drones will be programmed to scan and assess easyJet’s aircraft, reporting to engineers on any damage or a need for further inspection or maintenance work.

The drones are currently in development, and are expected to be tested in the coming months, with plans to begin operation as early as next year.

The move ends AIG’s five-year effort to offload the leasing unit following the US rescue of the insurer in the 2008 financial crisis.

Under the deal, AIG has received $3bn in cash and a 46% stake in AerCap.

The European Aviation Safety Agency (EASA) unveiled new proposals to facilitate easy location of an aircraft and its flight recorders in the event of an unfortunate incident, the first tough official reaction after the disappearance of MH370.

The new proposals are for flight recorders and underwater locating devices for easier recovery of aircraft black boxes.

These requirements by EASA include the extension of the transmission time of underwater locating devices (ULD) fitted on flight recorders from the present 30 days to 90 days. 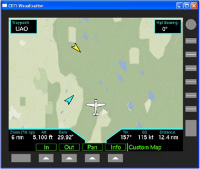 As present, pilots often concentrate on the closest aircraft on the display on cockpit displays of traffic information (CDTIs), the GPS displays used by private pilots to track other aircraft in their vicinity.

Researchers at the Fraunhofer Institute for Machine Tools and Forming Technology IWU in Chemnitz, Germany, are developing a new snake-like robot to automate the assembly process of aircraft wings.

The automation solution is based on articulated robot arms and will be capable of tightening bolts in even difficult-to-access cavities of the wing structure.