X
Advertise with us
admin 2 February 2014 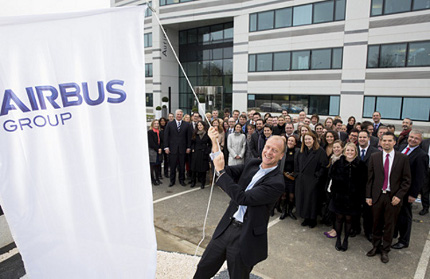 At the beginning of January, European aeronautics company EADS rebranded as Airbus Group, in a move that combined all the firm’s activities in a single brand.

The Federal Communications Commission (FCC) officially published the notice of proposed rulemaking (NPRM) concerning the ending of a ban on in-flight use of mobile devices.

Although the proposal filed by the federal agency does not aim to mandate that carriers permit airborne mobile services, it will allow an airline company to take a decision on whether to permit passengers to use cell phones for talking, sending text messages or browsing the internet in-flight.

The rocket was launched from Satish Dhawan Space Centre SHAR, Sriharikota, in the state of Andhra Pradesh on 5 January at 4.18pm IST.

Boeing collaborated with Etihad Airways and several other organisations to support an initiative to develop the UAE’s aviation biofuel industry.

Airbus, Fokker and TenCate are set to enter into an agreement for the next stage of the Thermoplastic Affordable Primary Aircraft Structure innovation programme (TAPAS).

The partnership started in 2010 with other partners, and primarily focuses on further increase of the proportion of thermoplastic composites in current aircraft.

The latest TAPAS 2 agreement will now run until the end of 2017 with a budget of €24.3m. The Netherlands Ministry of Economic Affairs is funding the ongoing partnership with a loan of €9.5m.

Under the partnership, Esterline Advanced Sensors will be responsible for the integration of the sensors system package for the engine.

Esterline president and CEO Curtis Reusser said: "We’re pleased with the progress we’ve made in the marketplace together with Rolls-Royce on these projects and look forward to continued success from our cooperation."

Boeing started high-speed tests on the Boeing 777X at its Transonic Wind Tunnel in Seattle, US.

The move marks a key milestone in the development of the 777X.

777X programme vice-president and chief project engineer Terry Beezhold said: "Data from these tests will allow us to validate our airplane cruise performance models in support of our ongoing design efforts."