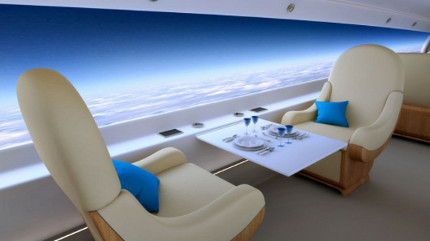 The interior walls of the aircraft will be covered with a thin display screens that will be embedded into the wall.

Spike is also installing cameras on the entire aircraft in order to construct panoramic views on the cabin screens.

Vietnam’s budget airline VietJetAir finalised an order worth more than $9.1bn for Airbus A320 aircraft at the 2014 Singapore Airshow to support the carrier’s expansion plans.

The latest purchase agreement includes firm orders for 42 A320neo, 14 A320ceo and seven A321ceo, along with purchase rights for 30 aircraft.

In addition, the airline will lease seven additional A320 jets from third-party lessors.

This eco-assessment on an Airbus A320 nacelle hinge bracket included detailed aspects of the complete lifecycle, including the supplier of the raw powder metal, the equipment manufacturer and the end-user.

Due to be showcased at Singapore Airshow, Rockwell Collin’s MultiScan ThreatTrack has been built upon the company’s MultiScan weather radar with additional features and improved safety and efficiency.

The system delivers hail and lightning prediction within a thunderstorm cell and its ‘predictive overflight’ feature warns the aircraft crew if the cells will be in the flight path.

These robots will perform repetitive tasks, freeing up workers for higher value activities.

The new research and technology project, FUTURASSY, focuses on introducing a harmonised robotic system for the automation of the aeronautical assembly processes that can be put to use across all Airbus sites. 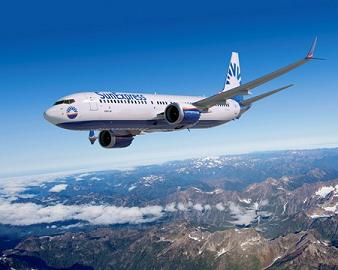 SunExpress managing director Paul Schwaiger said: "Next year, at the age of 25, SunExpress will start the process of renewing its entire fleet and in the future add the latest achievement of Boeing, the 737 MAX."

Honeywell Aerospace and Inmarsat finalised the critical design review (CDR) of the GX Aviation aircraft avionics, a move that will bring high-speed, consistent wireless internet connectivity to passengers and pilots on aircraft.

Product certifications are expected to be received in late 2014, followed by product introduction, which may take place during the first half of 2015.

GX Aviation will serve both passenger and business jets; it will provide data rates to the aircraft of up to 50Mbps.

Rolls-Royce rolled-out a 24/7 Operations Center to provide round-the-clock support to its global customer base of civil helicopter engines.

Developed to align helicopter engine support with an existing successful model in both civil and military operations, the new centre will act as the central point of a series of improvements to the customer experience for helicopter engine operators and fleets.

Rolls-Royce Helicopters senior vice-president Greg Fedele said: "Now, we are raising the bar for our helicopters team and bringing innovation and even more dedicated professionalism to the task to ensure heightened customer response and satisfaction."