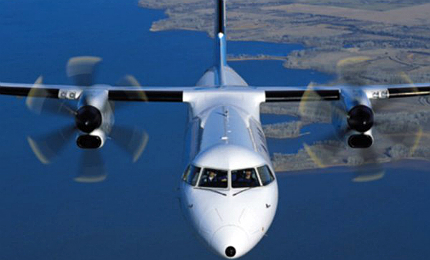 In February, Boeing sought approval from US regulators to conduct test flights of its 787 Dreamliner as part of the organisation’s efforts to investigate the reasons behind recent battery failures in the aircraft.

Boeing’s application, submitted to the Federal Aviation Administration (FAA), is currently under evaluation.

The test flights will allow the manufacturer to study whether the Dreamliner’s lithium-ion power packs were behind the failures.

US-based Air Lease (ALC) has placed orders worth a total of $9bn with European aircraft manufacturer Airbus for 25 A350 XWB airliners and 14 A321neo jets.

The A321neo deal follows a previous agreement announced at the UK’s Farnborough International Air Show in 2012 for 36 A320neo jets, with an option for additional 14 aircraft.

Also this month, Lockheed Martin completed the final assembly of NASA’s Mars Atmosphere and Volatile EvolutioN (MAVEN)spacecraft, which is scheduled for launch in November 2013.

MAVEN is a robotic exploration mission that aims to determine the role that loss of volatile compounds — such as carbon dioxide, nitrogen dioxide, and water — from the Mars atmosphere to space has played through time.

The orbiter will now undergo environmental testing at the Lockheed Martin’s Space Systems facilities near Denver, Colorado, US.

Signed by FAA Executive International Affairs director Carey Fagan and AESA director Isabel Maestre Moreno, the declaration is aimed at exchanging ideas, information, skills and techniques and working on issues and projects of mutual interest, with regard to the development and use of sustainable alternative aviation fuels.

Rostec chief Sergei Chemezov said the venture is set to invest around $100m in the project.

Replacing the current wing-tip fence on A320s, the sharklet wingtip devices are 2.4m tall and offer operators the flexibility of either adding a range of around 100nm or increased payload capacity of up to 450kg.

Jetstar Japan president Miyuki Suzuki said the new A320 will help the carrier save on fuel costs.

Japanese regulators said they have identified the reasons for the fuel leaks and other problems that occurred on Japan Airlines’ (JAL) 787 Dreamliner jets in January, but are still investigating battery problems that caused worldwide grounding of the aircraft.

Japan’s Transport Ministry concluded that a leak which occurred on 9 January, prior to the take-off of the JAL 787 in Boston, was due to a foreign material that was stuck to fuel valves and caused them to remain partially open.

A fuel leak which occurred on the same aircraft at Tokyo’s Narita airport, on 13 January, was caused by an improperly applied electrical-insulating coating material.