Spiralling fuel costs and duties have threatened the future of the aerospace industry, significantly impacting upon small and independent airlines. The harsh economic climate has only served to further exacerbate these problems, with many airlines forced to scale back their operations or limit flights due to a lack of interest.

Slovenia-based Pipistrel may have the answer to concerns regarding fuel availability with its new Panthera aircraft, offering the capability to fly four people up to 1000nm with a fuel economy of just ten gallons an hour.

Round the world in a light aircraft 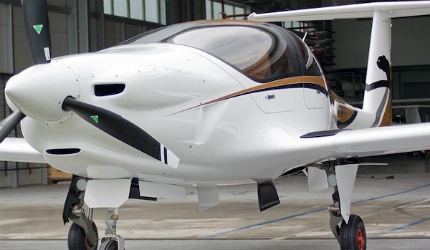 Despite the lower weight, the aeroplane is designed to be just as strong and meet all safety and certification criteria. Image courtesy of Pipistrel.

Pipistrel is building on its experience from previous platforms to deliver the economical and environmentally-friendly Panthera aircraft. The company has previously seen its Virus SW 80/100 aircraft win two consecutive Nasa GAT Centennial challenges before successfully flying the aircraft around the world, with extreme pilot completing the flight on 19 April 2012.

Panthera is Pipistrel’s latest creation, the culmination of a continual development of technologies, resulting in three variants with varying reliance on electricity to power the aircraft. Panthera is powered using a Lycoming IO-390 engine which boasts a fuel consumption of only ten gallons an hour instead of the average 17, whereas the Panthera Hybrid makes use of a 145kW hybrid-electric powertrain, supported by a battery system and range-extender generator unit.

Panthera Hybrid is capable of noiseless, pure-electric take-offs and landings, with the company claiming it represents "a quantum leap forward in thinking" within the aerospace industry. To complement the Panthera range, Pipistrel also launched the Panthera Electro, which possesses a 145kW pure-electric powertain to achieve pure-electric flight.

The ultimate goal of the Panthera electro is to demonstrate its ability to cover 400km with zero emissions and at a fraction of the costs currently associated with light aircraft flight. 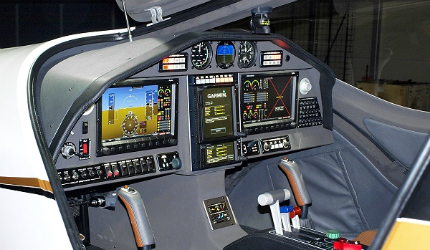 Computer aided design methods contributed towards Panthera, meaning there is no sacrifice of comfort. Image courtesy of Pipistrel.

Panthera has been principally designed using Pipistel’s in-house developed computer tools, with drag reduced to a minimum in order to ensure the maximum efficiency possible.

"The complete aeroplane was designed in a 3D CAD/CAM environment to ensure optimum packaging and structural efficiency."

All components of the aircraft are packaged into a minimum and highly efficient shape, with ergonomic data used to ensure that the passenger cabin is as spacious and comfortable as possible.

Contributing towards the development of Panthera is Pipistrel Research and Development junior researcher Tine Tomazic.

Tomazic has considerable experience in electric flight, having overseen the development of Pipistrel’s Taurus G4 aircraft, the world’s largest manned electric aircraft and recipient of the Nasa Green Flight Challenge 2011, as project manager.

Transferring his experience to the Panthera programme, Tomazic believes the aircraft is well placed to not only offer an environmentally-friendly, cost effective and economical option for airlines, but also a comfortable and safe flight for pilots and passengers alike.

Liam Stoker: What design and construction techniques have been used in the development of the Panthera aircraft in order to ensure it remains both lightweight and safe?

Tine Tomazic: Panthera uses state-of the art composite materials for the airframe. The fuselage is all carbon fibre with honeycomb sandwich reinforcements. The cockpit area uses Kevlar for reinforcements and impact resistance.

But the airframe is not where all weight savings were made. Many of the components are made of titanium and other lightweight materials, and the way the systems are packaged ensures the minimum overhead weight interims of fixation devices, etc.

The complete aeroplane was designed in a 3D CAD/CAM environment to ensure optimum packaging and optimal structural efficiency.

LS: Light aircraft are commonly associated with being less safe than their larger counterparts, what safety features are included in the Panthera to ensure the safety of both pilots and passengers?

TT: Lightweight structures are not necessarily less safe. You need to consider that less weight also means less energy to handle, both on eventual impact or in flight. Pipistrel uses a Kevlar reinforced safety cockpit concept on all our aeroplanes, which of course includes Panthera.

In addition, because of CS-23 certification, Panthera has a 26G cockpit safety cell, so despite its lower weight, the aeroplane is designed to be just as strong and meet all safety and certification criteria.

LS: Do passengers or pilots have to sacrifice any degree of comfort in order to fly in a lightweight and environmentally-friendly aircraft like the Panthera?

TT: No, Not at all. The comfort is not compromised; in fact it is greater than with the competition. At AERO 2012 Friedrichshafen we have had customers, who confirmed that the comfort of Panthera is greater than in the Cirrus SR-22.

Simply – they did not fit in the Cirrus, but they did fit in the Panethera. The whole cabin was designed around pilot’s feel and comfort – we believe the execution really will enhance pilot’s experience.

LS: How does the performance of the Panthera line up against similar-sized vehicles?

TT: Simply – aeroplanes out there require a 300HP engine to close or at 200 KTAS. Panthera is fitted with a 210 HP unit, burning 10gph instead of the usual 17gph.

Because of lighter weights and higher payloads, the range is longer and not affected by the number of people aboard. Panthera can fly the full 1000 NM with all four seats occupied. When the Hybrid version becomes available, the performance in hot / high weather and fuel efficiency will reach completely new levels, unknown to aviation before.

LS: How cost effective will the Panthera be to operate?

TT: Very cost effective, for much lower fuel consumption, but also because of the fact the engine is a four-cylinder and not six.

All systems on the aeroplane are electric, including the landing gear actuation, and there are no expensive hydraulic or vacuum systems to maintain. Panthera also meets European ELA-1 operational rules, which allow for simplified maintenance procedures.