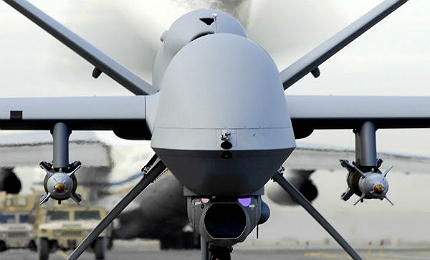 Stefanie Harvey is a principal scientist at TE Connectivity, a Fortune 500 company that provides data communication solutions across multiple industry segments. Working in the fields of nanotechnology, surface physics and interfacial engineering, Harvey manages a team of scientists creating low-density macroscopic structures for electrical applications. She has three US and several international patents to her name.

Julian Turner: Could you begin by talking about the evolution of carbon nanotube technology?

Stefanie Harvey: CNTs were popularised in the 1990s and received broad attention in 1996 when the Nobel Prize for C60 was awarded to Richard Smalley, Harold Kroto and Robert Curl.

"A small jet aircraft contains roughly 40 miles of cable, 85% of it datacommunications."

The Japanese physicist Sumio Iijima first identified multiwalled CNTs in 1991. Productisation has lagged behind academic research but this is not usual; the e-Ink used in the Amazon Kindle took more than 30 years from discovery to mass production, for example.

Initially, there was a lot of hype surrounding CNT. The attitude was ‘this technology is cool and it has all these amazing properties’, rather than ‘what can it actually do?’ In 2010, 977 patents were granted that had some relationship to CNT (Class 977) and I suspect the application number was much higher.

JT: Describe some of the unique properties of carbon nanotubes.

SH: Carbon nanotubes measure a few nanometres or so in diameter, but they can be millimetres long, and it is this aspect ratio that gives them their unique physical characteristics, primarily electrical and mechanical. A single carbon nanotube is stronger than steel and more conductive than copper.

Others may have interesting chemical properties and can be used as a scaffold on which to grow tissues, as a sensor or to gather health monitoring information out of the composite. Certain nanotubes function as a resistive heater and so can be used to de-ice aircraft wings.

People tend to look at them as just a structural or an electrical material, but unlike copper, nanotubes have tremendous flex capabilities. The challenge right now is that large conductivities observed in single carbon nanotubes are not preserved in macroscopic scale.

When we make a CNT-based cable, for example, we twist together literally miles of material and that macroscopic arrangement behaves very differently from a single nanotube. One area that differentiates TE Connectivity in the CNT space is manufacturability; we’re looking at taking these new materials and putting them through industrial processes.

JT: What are the primary applications for CNT in the commercial and military aviation markets?

SH: The number one application is lightweight composites, which offer tremendous weight savings and superior structural performance to the military aviation industry. A fighter aircraft manufacturer recently put a carbon nanotube composite on a F35 wingtip.

Then, you have a host of what you might call ‘smart’ materials. There are some very obvious low-hanging fruit; for example, replacing shielding on cables, using CNT for electrostatic discharge (ESD) or electromagnetic interference (EMI) protection. There are carbon nanotube materials on the $1bn JUNO satellite.

At TE Connectivity we are looking at a variety of nanomaterials for use as lightweight shielding for coaxial cables and data communication cables, such as IEEE 1394, and as a centre conductor for MIL STD 1553 and CANbus cables. We are also using nanomaterials to create lightweight, composite enclosures and connectors for the aerospace industry.

JT: We are hearing a lot about size, weight and power (SWaP) solutions. Why is this sub-sector of nanotechnology research of particular importance?

SH: CNTs offer tremendous weight savings. With SWaP, the aim is to reduce size, increase power capacity and decrease weight. A small jet aircraft, for example, contains roughly 40 miles of cable, 85% of it datacommunications. CNT has the potential to reduce the weight of that aircraft by more than a thousand pounds. Take the MIL-STD 1553 cable; by creating an all CNT construction we save nearly 70% of the weight compared to the standard construction.

"By decreasing the weight of a UAV or drone you could keep it in the air for a month or even a year."

Similarly, decreasing the weight of satellites, drones and UAVS – which is now a huge growth area – means you can keep them in the air much longer, for a month or even a year.

When you are dealing with literally miles of cable on even a small satellite, reducing the weight by a couple of pounds allows it to carry more payload or enables an easier launch.

The largest consumer of fossil fuels in the world is the US military, so using nanotube technology to reduce both weight and fuel usage will have a huge economic and geopolitical impact.

JT: Carbon nanotubes have been used in everything from mountain bike frames to the Hubble Telescope shuttle mission. What are the main barriers to the widespread adoption of CNT?

SH: The first big challenge is cost, since a lot of these materials are expensive compared to metals. There are some lower-cost solutions, but of course there’s a trade off in terms of certain properties such as conductivity.

The second barrier is environmental health and safety. While CNTs are safe when encased in a finished article, there are hazards handling them during manufacturing. TE takes a very conservative approach and strictly follows protocols developed by the National Institute for Occupational Safety and Health (NIOSH).

The third challenge is material availability. Our Redwood City wire and cable plant can run miles of material in a single day, but it will take my vendors weeks or months to produce that quantity.

Carbon nanotube technology hasn’t reached its potential yet. Like any new technology it is going to find its place in the niche markets, which will then allow manufacturers to scale up better and decrease costs. We have seen dramatic increases in volume and performance, and a slightly slower decrease in cost improvement.

JT: Has the global economic downturn forced technology companies such as TE Connectivity to re-evaluate their R&D expenditure?

SH: The nature of asymmetric and cyber warfare is a bigger challenge than the financial situation worldwide, so I see the US Government being very selective and continuing to spend in key areas. TE Connectivity’s R&D funding has increased during the last five years.

JT: Can you describe some of the specific collaborative projects you are working on at TE Connectivity?

"A carbon nanotube hybrid could revolutionise the avionics industry."

SH: I’m working with a well-known US defence prime and a well-known aviation company on MIL STD 1553 (satellite applications) and IEEE 1394.

We are looking at replacing copper-grade shielding in standard cable constructions, primarily on opportunities where we can get 30% or greater weight savings.

We’re currently in the prototype stage with most of our customers. We’ve done environmental and accelerated stress testing and are looking to move to medium-volume production in under three years.

JT: In your opinion, where will the significant CNT technology breakthroughs come from in the next ten to 15 years?

SH: At a 2010 IEEE-Bay Area Nanotech symposium, researchers predicted that in the future carbon nanotube technology will primarily be used in the field of electronics in Asia for things like displays and batteries, for medical applications in the US and for environmental remediation in Europe.

Personally, I think CNT will become a workhorse material and the extent to which it influences the industry will be based upon the ability of carbon nanotube material manufacturers to improve the connectivity for macroscopic assemblies – that’s certainly what I’m focused on.

Will carbon nanotubes transform avionics in the next ten years? Probably not, but a carbon nanotube hybrid – CNT used with a metal, other nanowires or a composite – now that could really revolutionise the industry.