Despite the aerospace market traditionally lagging behind the world’s economy in terms of recession and recovery, the business jet market continues to dwindle. Sales slumps have been widely reported, but that has not hindered the development of new, innovative business jets.

Although old favourites such as Bombardier’s Learjet family continue to be an ever-present in the market, new aircraft from Gulfstream and Honda propose to cater for entirely different needs. Whether a company or individual simply requires a reliable aircraft to travel in, or something much larger and grander, there’s always an option. 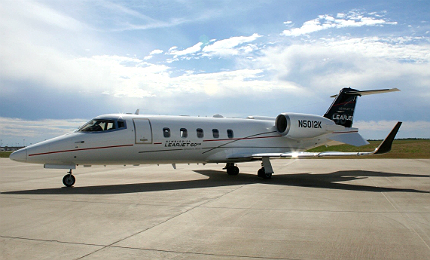 Arguably the most instantly recognisable of business jets, the Learjet family of aircraft has become almost synonymous with the business jet market. An extended version of the Learjet 60, the 60XR was officially unveiled in 2005 before entering service in July 2007. As of February 2012, more than 400 Learjet 60 type aircraft have been built.

The aircraft has a maximum take off weight of 10,660kg, a range of 2,409nmi and a maximum speed of 522mph. The Learjet 60 made headlines in 2008 when one crashed in South Carolina, while transporting musicians Travis Barker and DJ AM. Although both musicians survived the crash, four others were killed, with the Federal Aviation Administration launching a post-accident investigation.

The investigation found that Learjet 60 models experienced more than twice the number of tire failure events than the Learjet 30 model while also having a greater "vulnerability to damage due to a burst tire" than other business jets, with the FAA enforcing operators to check tire pressures every four days as a result. 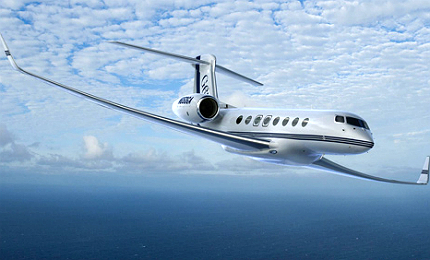 The G650 received the green light in September 2012. Image courtesy of Gulfstream

The latest business jet to be awarded FAA Type Certification, having finally received the green light in September 2012, Gulfstream has now been cleared to commence deliveries of its G650 aircraft.

"Priced at around $65m an aircraft, the G650 is expected to cater for the demands of high-end customers."

More than 200 orders have been placed to date, with Gulfstream heralding the aircraft as possessing "the most technologically advanced flight deck in business aviation."

Priced at around $65m an aircraft, the G650 is expected to cater for the demands of high-end customers, with General Dynamics chairman and CEO Jay L. Johnson saying: "The G650 sets the new world standard for business-jet performance, range, speed and comfort."

The aircraft has a maximum take-off weight of more than 45,000kg, a range of approximately 7,000nm and a maximum speed of 0.9M. 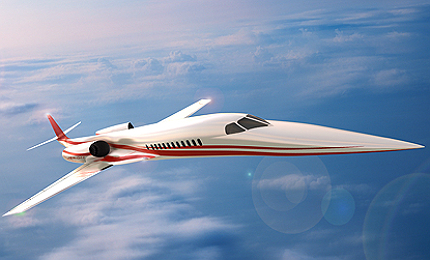 Aerion’s SBJ promises to travel from Europe to North America and back within one business day. Image courtesy of Aerion

"Conventional materials have been combined with modern technologies in the construction of the jet."

Although still in its conceptual stage, the Aerion Supersonic Business Jet (SBJ) could prove to be something of a gamechanger in the business jet market by promising to offer non-stop travel from Europe to North America and back within one business day. This would be made possible by its supersonic natural laminar flow, enabling it to reach cruise speeds of 1.6M. With a range of between 4,200 and 6,000nmi depending on its speed, the Aerion SBJ would have a maximum take off weight of 40,823kg.

Financed by a Texan billionaire, the technology has been successfully demonstrated in wind tunnel tests conducted in conjunction with Nasa, with five prototypes being developed, three of which will be dedicated to air testing.

Conventional materials have been combined with modern technologies in the construction of the jet, a key example of which being the aircraft’s delta wings which are made of carbon epoxy material to accomplish the required structural rigidity and low weight.

The revolutionary performance will, however, come at a price. Aerion intend to market the supersonic business jet at around $80m, although this target cost could still increase. Despite the cost, Aerion claim to have received 50 letters of intent from potential customers, each placing down a $250,000 deposit. 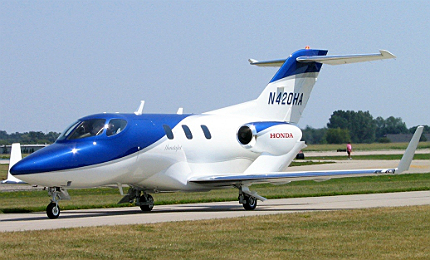 Honda HA-420 is a business jet designed and being manufactured by US-based HAC. Image courtesy of Michael Pereckas

The Honda HA-420, commonly referred to as the HondaJet, is Honda’s first foray into the general aviation aircraft market, with the company having begun to study small-sized business jets in the late 1980s.

"Geared at the market of smaller-sized business jets, the HondaJet has a maximum take-off weight of just 4,175kg."

Various studies and prototypes culminated in the maiden flight of the HondaJet in December 2003, approximately 18 months before it made its debut public appearance at the EAA AirVenture air show in Oshkosh, Wisconsin, US. The first production HA-420 made its maiden flight from Piedmont Triad International Airport, although the aircraft is not expected to enter service until 2013.

Geared at the market of smaller-sized business jets, the HondaJet has a maximum take-off weight of just 4,175kg, a maximum speed of 483mph and a range of approximately 1,400nmi.

The aircraft does, however, come in reasonably priced at circa $4.5m, a considerably cheaper option than the Aerion SBJ. 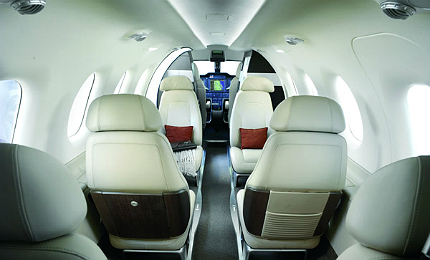 The cabin of the Phenom 300 is pressurized to 6,000ft. Image courtesy of Embraer

Much like the HondaJet, Embraer’s Phenom 300 caters for the smaller-size business jet market. Having received FAA Type Certification in December 2009, the aircraft was originally noted as having a unit cost of approximately $8.1m, although 2012 estimates have placed its price at around $5m.

Embraer’s Phenom 300 light jet aircraft is capable of carrying six or seven passengers up to a maximum range of 2,268 nautical miles (nm), with a maximum speed of 0.78M. While flying at an altitude of 45,000ft, the cabin is pressurized to 6,000ft, the precise same pressure at which Boeing’s 787 Dreamliner cabin operates at to significantly improve passenger comfort.

The Gulfstream G650 comes with ultra-high speed, ultra-long-range features and is the most expensive business jet manufactured by US-based Gulfstream Aerospace Corporation.

Honda HA-420 is a twin-engine business jet designed and being manufactured by US-based Honda Aircraft Company (HAC) to operate on domestic and international air routes.

Aerion SBJ is a supersonic business jet designed and manufactured by Aerion Corporation. A superfast executive plane, the SBJ can fly continuously from Europe to North America and vice versa within a day.