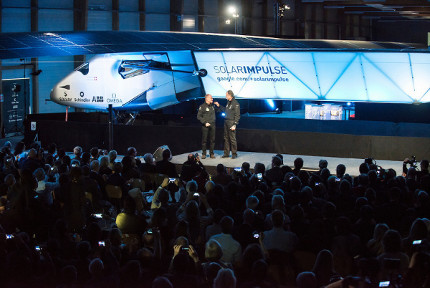 The aeroplane’s wings are equipped with 18,000 solar cells that will convert sunlight into electricity.

A new UK aerospace headquarters opened, supporting the allocation of £2bn in funding for research and technology schemes across the country.

Hybrid Air Vehicles’ former CEO Gary Elliott has been appointed as chief executive of the ATI.

The new rules aim to allow the European industry to strengthen its position in international drone market, while ensuring that all necessary safeguards are in place.

Although the use of civil drones is increasing in European countries such as Sweden, France and the UK, the regulatory framework differs across the EU with several key safeguards remaining unaddressed.

Embry-Riddle Aeronautical University (ERAU) in the US and Powering Imagination signed an agreement to create an electric flight program that focuses on developing electric propulsion systems to decrease emissions and noise from aircraft.

Speaking on the deal, Powering Imagination CEO Erik Lindbergh and Embry-Riddle Eagle Flight Research Center director Richard (Pat) Anderson said in a joint statement that commercial aviation powerplants emit a significant amount of pollutants into the atmosphere, and aircraft noise is an increasing issue around the world that restricts access to airports and inconveniences neighbouring communities.

They said that electric and hybrid-electric power systems offer the potential to significantly reduce both noise and emissions, making aviation more sustainable and opening new possibilities for operations in noise-sensitive areas.

Google acquired Titan Aerospace, a solar-powered drones manufacturer based in New Mexico, US, for an undisclosed sum.

The acquisition will allow the internet search giant to expand web access to isolated parts of the world.

In a statement, Google said: "It’s still early days, but atmospheric satellites could help bring internet access to millions of people, and help solve other problems, including disaster relief and environmental damage like deforestation."

Researchers from RMIT University in Melbourne, Australia, are working on a project to develop an autonomous unmanned aircraft, designed to improve energy efficiency and endurance.

Developed inspired by soaring birds, the project is carried out in collaboration with Defence Science and Technology Organisation (DSTO) of Australia. It is supported by the Defence Science Institute.

The autonomous unmanned aircraft prototype has been designed to replicate a bird, and is capable of staying airborne by using updrafts around buildings to increase its endurance. 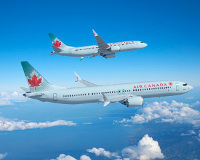 Air Canada placed an order with CFM International to deliver 122 LEAP-1B engines worth $1.6bn, to power 61 Boeing 737 MAX aircraft that were recently ordered to support the airline’s fleet renewal strategy.

The Canadian flag carrier has been using CFM engines since 1990, and currently operates a fleet of 89 CFM56-powered aircraft, with options and rights to purchase an additional 96 LEAP-1B engines.

CFM’s LEAP-1B engine is the sole powerplant for the Boeing 737 MAX aircraft that are scheduled to go into production in 2017.

Scientists to develop sustainable spaceship to save humans

UK scientists are working on developing a self-sustaining spacecraft described as an interstellar Noah’s Ark, capable of carrying humans away from Earth in the event of a global disaster.

British researchers are collaborating with colleagues from the US, the Netherlands and Italy on Project Persephone, to investigate new bio-technologies that could help create a self-sustaining spaceship.

The structure of the planned spacecraft would incorporate organic matter such as algae and artificial soil, and use energy from the Sun to create biofuel and a sustainable food source, reports The Times.