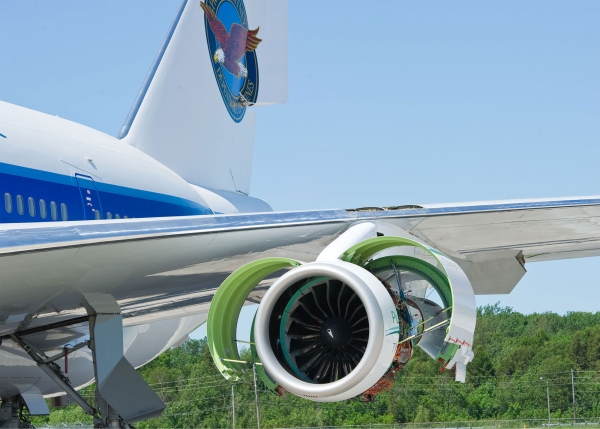 Ahead of the pack is Pratt & Whitney, the US-based aerospace manufacturer who, along with aircraft-maker Bombardier, recently celebrated the first test flight of the CSeries aircraft, powered by PurePower® PW1500G engines. The PW1500G engine will contain 24 additively manufactured metal parts when it enters service in 2015.

The Bombardier CS100 Jetliner is a single-aisle, long-range passenger aircraft.

The concept of additive manufacturing is nearly 30-years-old, but the term itself was coined in the early 2000s. Stereolithography, where layers of material are cured by a UV light, was first commercialised in the US during the late 1980s. During the 1990s other 3D printing methods, such as laser sintering and materials deposition were developed as rapid prototyping became commonplace. Then in the early 2000s, when engineers began to realise that the technologies being developed could be applied to manufacturing, the term additive layer manufacturing (ALM) was coined.

European aerospace companies are beginning to adopt ALM in the own processes, but it’s in the US where the most progress has been made.

"The concept of additive manufacturing is nearly 30-years-old, but the term itself was coined in the early 2000s."

The Geared Turbofan (GTF) engine is a game-changer in the industry with more than 5,000 engine orders and commitments, including options, and the first series of Pratt & Whitney engines to use powder-bed additive manufacturing.

GTF engines use a reduction gearbox to connect the fan at the front end of the engine to the low-pressure shaft, which allows the turbines to run at higher speeds. Advanced cooling technologies are built in to prevent damage to the metal components. Overall, this leads to reduced fuel consumption of as much as 16% and a 75% reduction in noise footprint.

There are number of high level benefits to be gained from ALM, such as the amount of time saved using speedy prototyping for different versions of the GTF engine. P&W has used this technology to make more than 100,000 parts and prototypes; including casting patterns, tooling, and test rig hardware. More than 2,000 additive manufactured metal prototypes have been made to support developmental engine programs.

ALM is more efficient than subtractive production methods such as forging or casting because it reduces the waste and consumption of the raw materials by up to 50%. ALM is also precise, can produce complex geometric features on parts, reduces lead time and is lean because it reduces the amount of inventory required.

”ALM will revolutionise the aerospace industry in the future due to its cost-savings and flexibility.”

Pratt & Whitney is using the titanium and nickel alloys it already uses on its engines, tailoring the additive manufacturing process to create properties consistent with current materials.

The process involves a number of key steps. First, an engineer prepares a build file. A 3D CAD design is created for each part and then split into layers about 0.1mm thick. This is then grown in a bed of metal powder. This powder is melted by a laser or electron beam following the shape highlighted by the initial CAD design.

The chamber space is then lowered and concealed with another coat of powder and this process is then repeated. When the components are grown, any left-over powder is cleared from the component and re-used to make another part.

ALM does have limitations, however; for example, when you have a lot of parts that are being produced with a casting, it can be difficult for additive manufacturers to compete on a cost basis. Once you have the tooling and your product on the die, casting is very cheap. But as technology investment continues, the efficiency and cost savings of ALM are becoming broader.

The future is bright

ALM will revolutionise the aerospace industry in the future due to its cost-savings and flexibility. At the University of Connecticut research centre they are looking into how to improve and optimise the ALM process for specific parts and alloys. Parameters being looked at include the powder size, the powder purity, the number of times the powder can be used before it is cleaned, the process parameters of power input, and the speed of the laser.

Pratt & Whitney is viewing ALM through a wide lens but expects the technology to play an increasingly broad role in its manufacturing process, supporting the overall goal to make products that are greener and more efficient for customers.