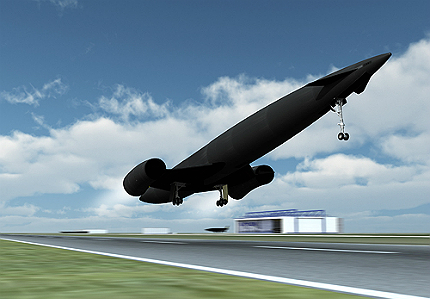 The UK is set to fund £60m for the development of a revolutionary new jet-rocket hybrid engine Sabre, which can be used to power an aircraft that can take passengers into low-Earth orbit in just 15 minutes.

The engine is being designed by Oxfordshire-based aerospace firm Reaction Engines.

The announcement will be made by science minister David Willetts at the 2013 UK Space Conference, which is set to be held at Scottish Exhibition & Conference Centre on 16-17 July.

The University of Iowa (UI) is set to conduct a new project to combat aircraft crew spatial disorientation in-flight, which may help improve safety in commercial air travel.

The three-year project, which will receive a $1.2m grant from Nasa, will focus on pilot perception and awareness.

It is aimed at developing concepts and methods to assist crews avoid, detect, mitigate and recover from hazardous situations that could lead to loss of control due to spatial disorientation.

British Airways (BA) has taken the delivery of wide-body, four-engine Airbus A380, becoming the first airline in the UK to operate the double-deck passenger airliner.

The new A380 is the first of 12 aircraft the carrier already has on order.

Following a handover ceremony at Airbus’s delivery centre in Toulouse, France, BA’s A380 is being flown to its home base at London Heathrow where the cabin is being unveiled.

FAA calls for inspections of emergency locator transmitters on Boeing 787

The Federal Aviation Administration (FAA) has ordered inspections of emergency locator transmitters (ELT) aboard the US-registered Boeing 787s, after a fire broke out aboard a parked 787 in London.

On 12 July, a 787-8 Dreamliner owned by Ethiopian Airlines caught fire while it was parked on the ground at London’s Heathrow airport.

The UK Air Accidents Investigation Branch (AAIB) concluded the fire started near the emergency beacons and recommended the operators deactivate the device on 787s.

The European Space Agency (ESA) has selected the baseline configuration for the next-generation launch vehicle, Ariane 6, following approval by the agency’s ministerial council in November 2012.

The objective of Ariane 6 is to ensure a guaranteed autonomous access to space for Europe, while reducing costs and required support.

Powered by two solid-fuelled lower stages, the Ariane 6 will feature the liquid-fuelled upper-stage, which is currently under development as an upgrade for the existing Ariane 5 vehicle.

Chinese carrier Hainan Airlines has taken the delivery of its wide-body, twin-engine Boeing 787 Dreamliner, which is the first of ten airliners the carrier has on order.

The carrier has become the second carrier in China to take delivery of the technologically-advanced and fuel-efficient Dreamliner.

In June, China Southern Airlines received the first of its ten 787s on order.

The International Lease Finance (ILFC) has finalised a firm order with Brazilian aircraft manufacturer Embraer for 25 E190-E2s and 25 E195-E2s jetliners, estimated to be valued at $2.85bn, based on the current list prices.

The development follows a letter of intent (LOI) signed at the Paris Air Show in June, when Embraer unveiled the E-Jets E2 aircraft.

UK low-cost carrier easyJet has placed a firm order with Airbus for 135 A320 medium-haul, single-aisle aircraft, concluding an initial agreement announced in June.

The agreement was concluded after a thorough technical and economical evaluation.

easyJet signed a contract for 35 A320s with currently available engines, and 100 A320neos with an option for a further 100 aircraft.