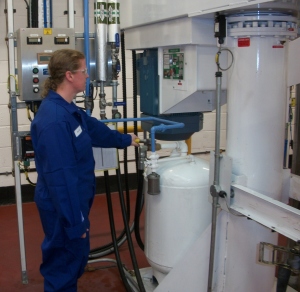 PPG Industries (NYSE:PPG) has upgraded aerospace sealants manufacturing operations at its facility in Shildon, England, with the installation of new equipment to increase capacity and meet growing demand.

The Shildon facility has been in operation since 1967 and also produces aerospace coatings.

Lambourne said: "This is a significant expansion for Shildon and positions us well for expected growth of aerospace sealants in Europe, the Middle East, India and Africa.

The first phase of the expansion was completed on the cell that produces accelerators, which are used in two-component sealants for high-performance aerospace fuel tank and fuselage applications, Lambourne said. The second phase was on the cell that produces the base compound, supporting all polysulfide and polythioether polymer production for those same high-performance products.

The ASCs repackage sealants in SEMCO(R) packaging and application systems with value-added packaging, including premixed, frozen sealant and SEMKIT(R) packages, which provide mixed sealant at customised fill weights. They also work with customers to develop and produce customised sealant solutions such as PRC(R) seal caps, which are used to dome-seal fasteners.