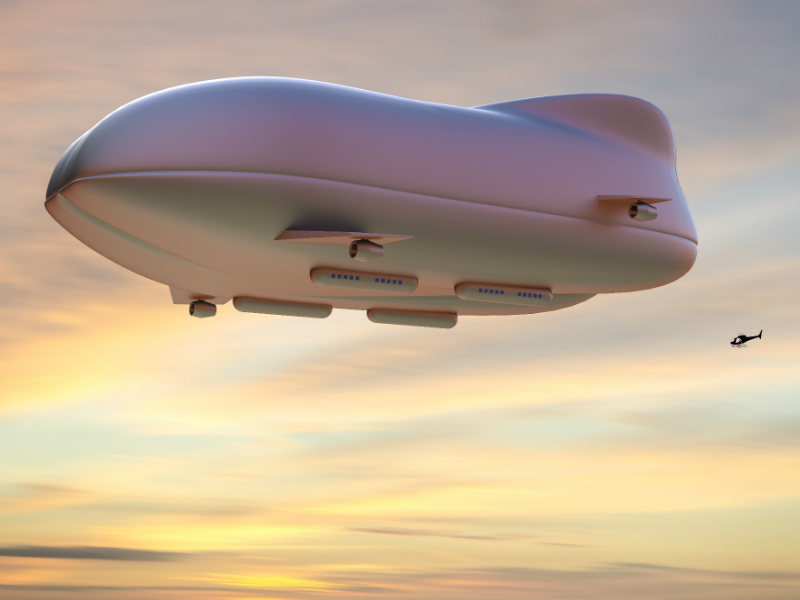 HAV was established in 2007 and has since spent over $150m on developing Airlander 10 and its technology. Credit: Piotr Debowski / Shutterstock.

UK company Hybrid Air Vehicles is leading the way in environmentally friendly hybrid airships, which, it hopes, will become the future of green travel.

As of August, Hybrid Air Vehicles (HAV) raised nearly £1.5m ($1.99m) in its latest round of fundraising, which was linked to a UK Government grant. The Innovate UK COVID-19 Continuity Grant will ensure that Project E-HAV1 is supported throughout the pandemic.

HAV was established in 2007 and has since spent over $150m on developing Airlander 10 and its technology. These innovative aircraft use both aerodynamics and lighter-than-air (LTA) technology to generate lift, potentially allowing the vehicle to stay aloft for several weeks.

It has launched a full-scale prototype of its Airlander 10 and has a much larger airship, the Airlander 60, for transporting cargo. The Airlander 10 has a base price of $50m, while models with full specs cost an additional $10m to $20m.

HAV said that the market for hybrid aircraft has been independently valued to reach over $46bn in the next 20 years, highlighting its lucrative nature.

Airships will help build a sustainable future in air travel

One of the key drivers of HAV’s success is its commitment to sustainability, which is a trend at the centre of product development in today’s society, as companies attempt to reduce their carbon footprint. Its innovation in this area has proven attractive to investors.

In its current configuration, HAV’s main aircraft, the Airlander 10, produces approximately 75% fewer emissions than comparable aircraft in similar roles. The aircraft is also much quieter than conventional models and can reduce noise pollution by switching off its front two engines during flight.

Another unique feature of the Airlander is that it can take off and land on virtually any flat surface, meaning there is minimal need for fixed infrastructure. This not only reduces the cost of developing an operation but also significantly reduces the environmental impact of ground operations.

As a result of its sustainable nature, the company has a unique appeal and an opportunity to make the aviation industry more environmentally friendly. HAV foresees four key market segments: luxury tourism, communications and surveillance, point-to-point cargo delivery and short-haul passenger transport.

Due to the potential of airships in the future of sustainable air travel, the landscape has become increasingly competitive.

A French company, Flying Whales was established in 2012. The company has an impressive list of shareholders, including the governments of France, China and Quebec. Additionally, 25% of the business is owned by the China Aviation Industry General Aircraft Co Ltd (Caiga). Despite this, it hasn’t yet got any of its airships off the ground, unlike HAV.

With the future of airships looking bright, HAV and the UK appear to have edged the lead for now.