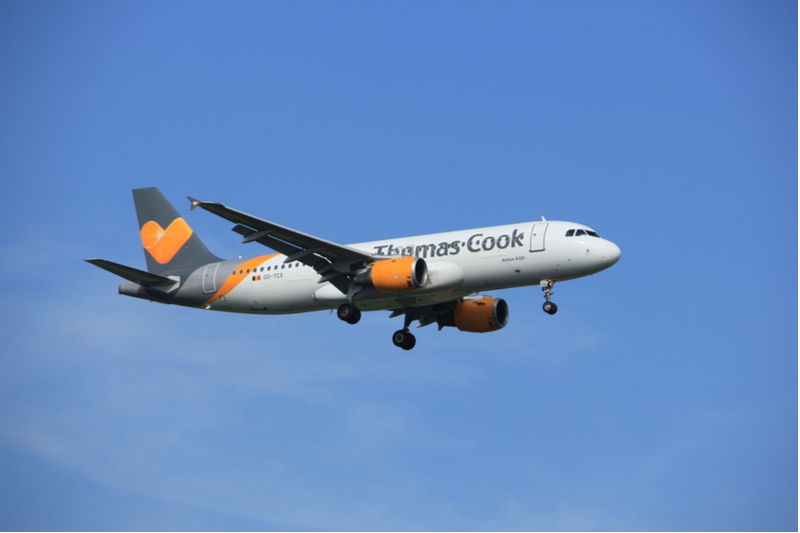 Thomas Cook has arranged a £300 million bank loan which is conditional on the company selling its airline so it can pay down its debts.

Troubled travel company Thomas Cook has said it is in talks with a number of interested parties to acquire parts of the business, including its package holidays and its airline.

Thomas Cook said is in talks with China’s Fosun about the potential acquisition of its underperforming tour business. The Chinese conglomerate is already the largest shareholder of Thomas Cook, holding an 18% stake. The acquisition would conceivably break-up the 178-year-old UK travel group.

Also, it was revealed that Thomas Cook has arranged a £300 million bank loan which is conditional on the company selling its airline so it can pay down its debts, and clearly carrying out this plan is now imperative for Thomas Cook.

Deconstruction is a necessity

In its half-year results for 2019, Thomas Cook reported a £1.5 billion loss, which the company attributed to a write-down in the value of My Travel (a business it had merged with, in 2007), Brexit uncertainty, the 2018 summer heatwave and evolving consumer habits, which it said came together to hit revenues.

Some of these factors were unavoidable, but the write-down in the value of My Travel, accounting for £1.1bn of the H1 2019 loss, was not one of them. A Thomas Cook source admitted: “It [the write-down] could have been done five years ago”.

Interest in Thomas Cook is building

The company says there are several options on the table and that a final decision is yet to be taken. Fosun may also be interested in acquiring Thomas Cook’s airline business.

However, Fosun, an investment firm, is barred from buying the entity, owing to it being based outside the European Union.

Completion of a sale appears likely after Thomas Cook’s chief executive Peter Fankhauser announced plans to sell the airline business, helping to free up funds in a bid to digitise the business and return to profitability, he said.

However, the realisation of the need to further digitise the business may have come too late. The tour operator failed to predict changing consumer demand away from high street bookings to web bookings early enough, even opening new stores in 2017. While these business decisions were being made, Thomas Cook’s competitors were updating and improving their online offerings.

Thomas Cook has stated that approaches for parts of the business may not necessarily materialise into formal offers.

But the Fosun acquisition seems feasible. Thomas Cook and its main shareholder already have a remarkably well-performing joint venture in China which experienced an eight-fold increase in customers last year.

Fosun views the Thomas Cook brand as one which can go on to achieve success in the Chinese market. The brand is long-standing and globally recognisable – traits it believes Chinese tourists may appreciate.

High indebtedness, however, weakens Thomas Cook’s business position in talks with Fosun. If the sale went ahead as planned it would be unlikely to leave investors wealthier. Shareholders would also be well-placed to benefit from the deal, as the alternative would be a complete wipeout.