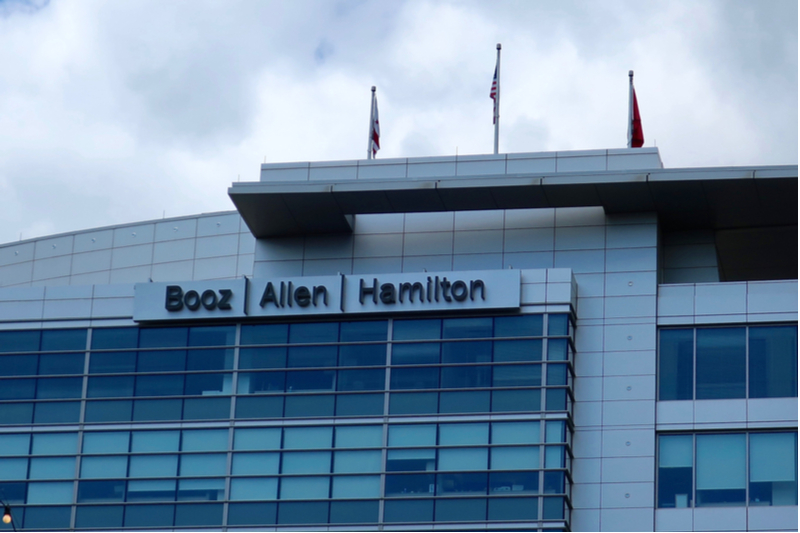 In a bid to diversify its revenue streams, the company said it plans to expand into commercial and international markets in 2020.

Booz Allen Hamilton, the US management and IT consultancy business,
has announced robust earnings against a backdrop of uncertain US financial markets, while at the same time underlining the importance of its relationship with the US government.

Revenues for the Q4 stood at $1.8 billion, representing a 9.1% increase on the same period in the previous year, while financial year-end revenues reached $6.7 billion, a huge 8.7% increase year-on-year.

Earnings before interest, tax, depreciation and amortization (EBITDA) for the year increased 15.4% to $675 million, while net income was the company’s biggest mover compared to 2018, with a 34.2% increase to reach $395 million.

Despite the good results, dependency on the US government for its earnings remains high. The company has a longstanding relationship with the US Navy of over 75 years, from which it sourced 13% of its revenues for the year.

The US Navy remains a significant part of the company’s future plans as it represents its largest single client, it’s a connection that displays the strength of the company’s relationship with the US government.

Furthermore, US government spending in 2018 amounted to $4.1 trillion, of which the company took a sizeable portion. In fact, 96% of the company’s revenues are derived from agencies or departments related to the US government – with 92% as the prime contractor.

Given Booz Hamilton Allen’s 2019 growth figures, one can expect its earnings to come in on point if 2019 is anything to go by.

The company is keenly aware of how important its relationship with the US government is for its financial growth. However, its reliance on government spending is highlighted in its 10K cautionary statement to US regulatory authorities, the US Securities and Exchange Commission.

In the filing, Booz Allen Hamilton expressed concerns about plans by the US Congress and governmental bodies’ to address spending and budgetary constraints regarding the Budget Control Act 2011, and the growing US deficit, which stands at $1.1 trillion.

In a bid to diversify its revenue streams, the company said it plans to expand into commercial and international markets in 2020.

Reputational damage to the brand from its association with the US government is also a concern for Booz Hamilton Allen. The presidency of Donald Trump was highlighted as having the potential to create public outcry for the company, which may adversely affect its share price.

US government shutdowns, such as the one in February 2019 for 35 days, have the potential to affect the company greatly, and the company said it was aware it needed to make extensive contingency plans for likely future shutdowns, otherwise, investors may begin to identify weaknesses in the company.

Another major issue that has arisen in the wake of the revelations of US whistle-blower Edward Snowden, is that the US government has increased its capacity for insourcing on sensitive projects to avoid any future leaks that could damage the country’s national security.